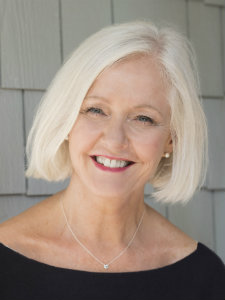 Always anticipating her clients’ needs, JoAnn is constantly looking for creative ways to make the real estate process as smooth as possible for them. But it’s her positive approach that truly makes a difference. For JoAnn, real estate is a great opportunity and a great adventure. It’s a chance to explore and discover numerous possibilities for your valuable investment.

As someone who spent many childhood summers at the New Jersey shore, JoAnn Barrett loves the ocean and visits every year. One day she was near a father and son. The father was criticizing his son’s boogie-boarding technique.?Herself a grandmother, JoAnn watched as the boy, deflated by his father’s words, slowly waded out to take another wave. He rode the next one with much more skill, but when he came ashore, he still looked defeated. JoAnn was the first to praise him for a job well-done. The boy grinned and stood tall once more. Her simple words of encouragement had made a difference.

That story says a lot about JoAnn’s unwavering spirit and her confidence in others. This experienced businesswoman is just as comfortable boogie boarding with ten-year-olds as she is negotiating a contract with a CEO. Even more significant, they’re both comfortable with her. It’s hard not to feel at ease with JoAnn. Her lively and enthusiastic approach to life is contagious—and the secret to her success.

A History of Achievement

JoAnn comes from a long line of strong, positive people. Her grandmother was widowed with two children at a time when women didn’t pursue careers, yet she became a psychologist who helped many young people turn their lives around. “She’s one of my biggest influences,” JoAnn explains. Her family was raised by their parents to see change as an opportunity to be welcomed rather than feared, and to believe they could achieve anything they wanted. JoAnn excelled in school and went on to earn an MBA from Northwestern University. She later traveled the world for Bloomingdale’s, negotiating with manufacturers in a broad range of countries and cultures.

JoAnn married, became a mother and moved to Ann Arbor, where she noticed a lack of high quality toy stores like those she’d seen in New York. So she opened White Rabbit Toys. Within eight years, her business had expanded to four locations and a warehouse, and JoAnn was named one of the most influential women in Washtenaw County by the Ann Arbor Business Review. JoAnn was always actively involved in her stores’ operations. It wasn’t unusual to see her kneeling down to chat with a two-year-old one minute and bringing in boxes from the stockroom the next. In the process, she won the loyalty of employees and customers alike and became a prominent figure in the retail toy industry. “I loved the business,” she says today, “and I loved the people—the customers, my employees, and of course the children!”

The same upbeat energy and enthusiasm that led to JoAnn’s entrepreneurial success is just as central to her career in real estate. She’s won a growing following in the Ann Arbor area for her solid academic foundation, outstanding business background, and exceptional market insight. “Real estate is like any business,” JoAnn says. “You have to understand your market and your price point, and know how to promote your product.” To that end, JoAnn provides comprehensive service and support, including innovative avenues for effectively staging a home for her sellers and valuable advice on financing options for her buyers.

Move right in! This inviting bi-level home is on a tree-lined street just a short walk to morning coffee at Roos Road, happy hour at York, or a bike ride to UM campus. It...